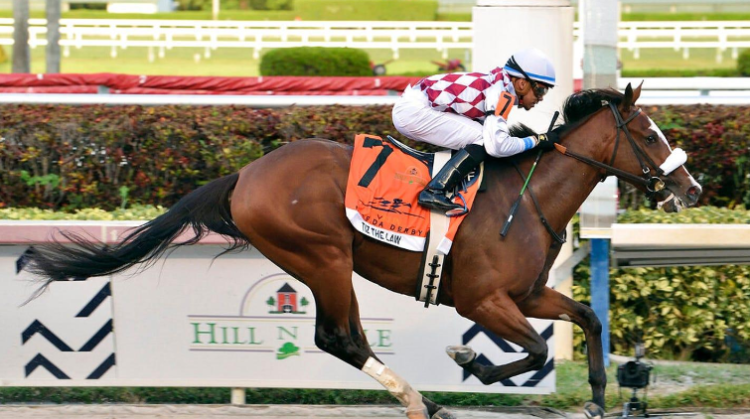 US Horse Racing set for super September There are two top races in early September that start a great month of US Horse Racing.
September has a lot of top action at racetracks in and we focus on the main owns. With COVID19 changing schedules of events, the Kentucky Oaks & Kentucky Derby will now take place in the first week in September and unfortunately, there won’t be the huge number of racegoers which are usually present.

“I’ve been around the racetrack my entire life
and this will be my first @KentuckyDerby
starter. Tiz the Law is the horse to beat but our horse deserves the shot. We just have to get to the first Saturday
in September.” – Greg Foley, trainer of Major Fed. #17Days pic.twitter.com/ppucyuXTlF

The Belmont Stakes which opened the ‘Triple Crown’ this year to three-year-old thoroughbreds was a good run race and Tiz The Law, the strong pre-race favorite led approaching the final bend and pulled away from rivals going down the final bend to land the race in style. This horse won the Florida Derby in March and signs were ominous that a special horse was in the making.

Taking a look at Tiz The Law in more detail, the horse has run seven times in total, winning six races.  Trained by Barclay Tagg and owned by Sackatoga Stable, Tiz The Law has been ridden by top jockey Manuel Franco in all races bar the most resent where Junior Alvarado steered the top horse to victory at Saratoga.

As a two-year-old Tiz the Law first ran over six and a half furlongs winning well at Saratoga then following up with a 1-mile victory at Belmont Park. The only defeat came at Churchill Downs in November 2019 when finishing third.

The Kentucky Derby is run over one mile and a quarter furlong at Churchill Downs and promises to be an interesting race especially that Tiz The Law suffered the only defeat so far in his career at that track finished third of eight runners with the winner being Silver Prospector.

The track at Churchill Downs is slightly different from what Tiz The Law has faced recently, so could have an effect on performance, though with such impressive wins of late the speed of the horse isn’t in question.

Other likely runners who could stop Tiz the Law from completing the second leg of the Triple Crown are Honor AP, priced at +700, and Authentic whose current odds are + 1100. Dr. Post and Cezanne are likely to run in the race, but all eyes will be on Tiz The Law.

Tiz The Law’s only defeat came at Churchill Downs, the venue of the Kentucky Derby and winning horse that day was Silver Prospector who can be backed at +3300 to win the race. The high odds or this is because after beating Tiz The Law, the horse hasn’t improved.

Gamine didn’t run as a two-year-old and the three races to date have seen two wins and a disqualification (which happened in her opening race). Ignoring that race, the two wins have been a huge distance. At Belmont Park in June, Gamine won a mile race by a huge 19 lengths and then followed up by another victory at Saratoga on 8th August dropping down to 7 furlongs and winning by 5 lengths.

Trained by the experienced Bob Baffert, he knows how to get the best out of horses and this Gamine looks a superstar in the making.