Published on July 12, 2017 by Quadriga Dressurpferde

Young heartbreaker !
This is a wonderful young Oldenburger stallion for the amateur rider looking for a beautiful, uncomplicated stallion for a top-level dressage
Dressage aspirant 2015 by Dr. Jackson/Ron Rubin/Jazzman with unlimited potenzial out of famous Waldhexe dam line
You will fall in love with this stallion!
This stunning young stallion shines with his wonderful character and kind, lovely temperament! He loves to be the center of attention, and he surely gets a lot of that!
This Oldenburger stallion is truly beautiful with a fantastic neckline and swinging, floating movements which make him a definite candidate for the highest level of dressage.
This talented, handsome boy with his spectacular movements, amazing pedigree and loveable attitude will surely be a winner in dressage !
In addition to his talent and quality, his impressive pedigree provides a solid foundation for his dressage career.
Was of course premium colt 2015 by the Oldenburger foal show.
Now he is standing in openstable in stallion group and is unbroken. This video was the first time free running.

Sire Dr. Jackson, was in the top 1 % of the German breeding list for the last 11 years. He has gained a reputation for producing top contenders for the international dressage scene and is known for passing on his excellent rideability to his offspring.
Ron Rubin (Rubin Royal/Donnerhall/Pik Bube), is out of a world-famous German dam line (Dam of the Finnländerin). His dam is the full sister of the legendary sire Don Schufro.
Jazzman, under the top 20 % of the german breeding list, was the last years one of the breeding index highest sons of the dutch starshire Jazz and his damline is on of the best from dutch
Also comes the stallion out of a great Grand Prix line (Waldexedamline). It is one of the best in Oldenburg.
Mother is mare tested and successful in young horse shows. Grandmother and urgrandmother are elitemares.
Urgrandmother was winner mare in Oldenburg and high placed on the german horse Championship. Also she is stallion mother and mother from Grand Prix/Olympia horses…
Next mother is 3 times stallion mother and her offsprings are successful in the international PSG class.
Dreamstallion in typ, movements and pedigree !!!
Located in Germany by www.dressagehorse-quadriga.com 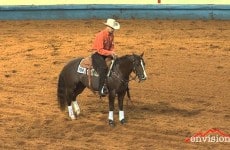 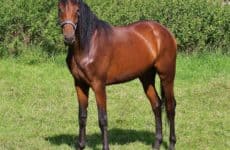 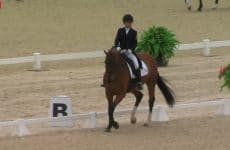