Published on February 7, 2017 by Blanchard

Cara’s love of horses became evident at a young age. She has always soaked up any equine related knowledge available to her. Since day one, she has spent countless hours in the barn and the arena.

She firmly believes that the best lessons are taught directly from the horse. Cara’s teaching and training methods are based upon being a translator for each horse to better help their humans understand them and their specific needs. The natural beauty of classical dressage has helped her in doing so.

As a teenager, Cara fell in love with dressage and developed the ability to progress in a way that would only help horses and their riders. She showed her first horse, a Thoroughbred mare named Rewarding Debt (“Deidra”) at the local level. Cara and her legendary show horse, a Half Arabian named Aire Jordan+//, competed at the International level. Cara and Jordan learned dressage together, starting at Training Level and over the years, making it all the way to Grand Prix. They garnered several Regional and National Championships and earned Cara’s United States Dressage Federation Bronze and Silver Medals, and ¾ of her Gold Medal.

Cara and her two current show horses are both Regoinal and National winners. Her Arabian stallion, SoHos Southwind+ (“Steele”) and homebred Anglo Arabian gelding, CB Handsome Reward+ (out of Deidra) are both showing FEI dressage and preparing to show Grand Prix in the near future – with the last ¼ of her Gold in sight!

Cara Blanchard Training, Inc. has been in business since 2005. It has become a successful riding school and home to Cara’s 11 beloved horses. Cara is coach to the Stetson University Dressage Team and welcomes Girl Scouts, 4-H Groups and riders of all ages and experience levels. 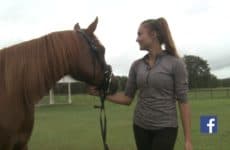 The Quest Of The SouthWind 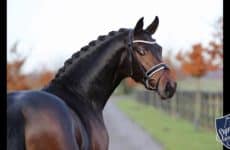 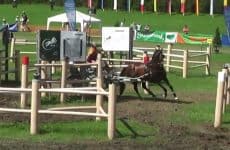