Hall of Fame trainer D. Wayne Lukas is holding the hottest hand of 3-year-olds he’s had in a while, and that talent showed March 16 when stablemates Will Take Charge and Oxbow finished 1-2 in the $600,000 Rebel Stakes (gr. II) at Oaklawn Park. I was feeling pretty good 100 yards from the wire,” Lukas remarked. “The competition was so tough. The hill gets a little steeper from this point.” A head separated the two and made the difference in qualifying points for the Kentucky Derby Presented by Yum! Brands (gr. I); 28-1 shot Will Take Charge picked up 50 points to top the leaderboard with a total of 60 for owner Willis D. Horton, while 7-2 Oxbow earned 20 and increased his points total to 36 for Calumet Farm. Den’s Legacy and Texas Bling completed the top four, while Southwest Stakes (gr. III) winner and 6-5 Rebel favorite Super Ninety Nine faded to fifth 8 1/4 lengths behind the victor. “No real excuses at this point,” said assistant trainer Jim Barnes of Super Ninety Nine’s failure to fire under Rafael Bjearano. “We had the trip we expected. He was able to sit off the pace like we wanted.” Bejarano said, “I was really comfortable in the beginning, but then my horse flattened out after that.” 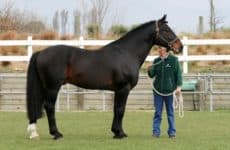 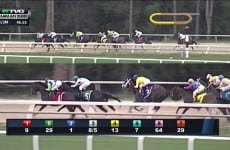 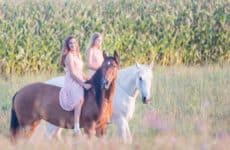 Believe in Every Dream