William Fox-Pitt wins with Parklane Hawk (10:22) setting himself up for the Rolex Grand Slam now scheduled for Burleigh with Badminton flooded out. Allison Springer and Arthur (15:05) placed second and Boyd Martin and Otis Barbotiere (20:44) came in third. Karen O’Connor shows us she’s still tougher than tough on Veronica (0:18) and later on Mr. Medicott (17:31) with whom she placed fourth. And Will Coleman with Twizzel (6:00) rounds out the top five, finishing on their dressage score of 51.3. Some erratic cuts due to camera issues – my apologies for messing up some shots. And it’s a CCI****, not a CIC****, late night editing will do that to you. Thanks to the people who let me film their wonderful great dane, Farley (10:53). 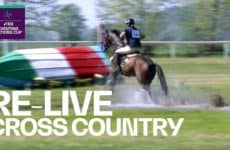 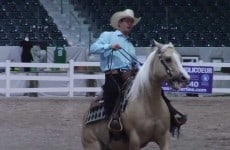 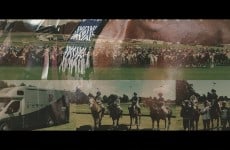