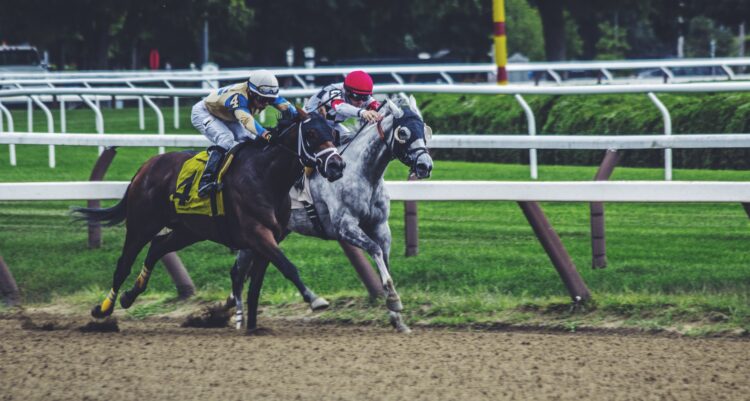 Being profitable in horse racing will only come if you know how to handicap horses. But if you want to start winning big, we will be talking about some advanced tips you can learn next time you go to a horse race. However, there are many handicapping tips and tricks out there,
and it always pays to revisit them to see if they still work. As we all know, horse racing is constantly changing.

If you ask a veteran bettor about their strategies and tips over time, you’ll notice that the way they handicap changes constantly. As a bettor, you need to think three steps ahead of the game if you want to win bets in horse racing. You should fill your inventory with different knowledge from other bettors and see if you can fit them into your handicapping system.

The first-time Lasix was once a good angle in handicapping, but it’s not as popular today due to it being very hard to read. Lasix is a diuretic given to a horse with EIPH or Exercise-Induced Pulmonary Hemorrhaging to improve its performance. If you know that the horse is in its first time using Lasix and is with a jockey with a good winning percentage, it’s a good move to bet on that horse.

A trickier version of this angle is second-time Lasix. Veteran bettors suggest that a horse that has EIPH for a long time will tend to be reluctant to perform to the best of its ability, even with Lasix. They also say that the next time it runs with Lasix, it will give a better performance which may not be visible.

If you can look closer at a first-time Lasix horse after a race, try to see if the jockey is happy with the horse’s performance. If he is, it might be an indication that they will administer Lasix again for the horse’s next race, in which the horse might give a better performance.

Generally, blinkers, especially when it comes to adult horses, are overlooked since it rarely makes a difference. However, it’s different for young horses since blinkers can have a huge impact on their performances during the race.

Typically, a young horse that is fearful or too nervous to race, probably because it’s scared of the other competitors or simply out of focus, can have an improved focus, concentration, and overall performance when blinkers are added. Oftentimes they show an increased speed and
can even go at top speed for longer distances with blinkers on.

However, sometimes you can also see a young horse who also does badly in the race with blinkers because they are scared of not seeing their surroundings and their competitors. Not only that but sometimes, horses with blinkers can’t respond in the stretch because of being unable to see the other horses. If this is the case, betting on this horse the next time it races without blinkers is a good move.

However, if you see a significant trainer percentage in the bottom of the past performances and apply the blinker angle, you’ll know it would be wise to bet on this horse. Furthermore, this angle can be applied to an old campaigner and can sometimes be why they can be competitive again.

Since the coronavirus pandemic has started, many stadiums have closed down. And for the ones that are still open, they are currently not taking in spectators, so the races are quiet.  Now, why is this important? This is because this is good news for younger and shy horses.  Most of the time, you’ll see younger horses that are running in front of crowds, no problem.

But if they suddenly join a larger competition with a larger crowd, they might show some signs of nervousness and irritability. This is not good from a betting perspective. With most of the stadiums still taking in no crowds, younger horses climbing the condition ladder might
have better performances since they are taking away the anxiety for better performance.

Ultimately, handicapping a horse will take a lot of time and research. Not only that, there are a lot of handicapping angles and tips you have to learn for you to gauge how a race would go.  By gaining a lot of experience and following the right tips about the Kentucky derby with TVG, especially the ones mentioned above, you’ll learn how to handicap horses in no time.

Breakfast with Toby The Shetland Pony