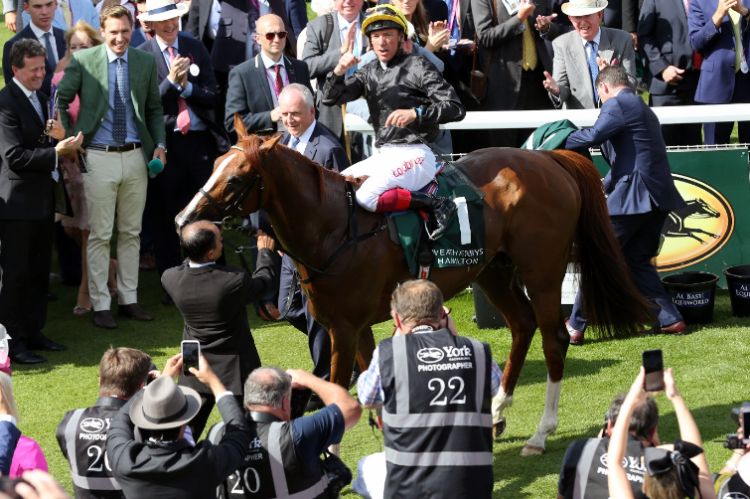 Who have been the standout horses in the 2020 Flat season?

The coronavirus pandemic wreaked havoc on the sporting calendar this year, however, luckily, the Flat season has gone ahead, relatively untouched – aside from
meetings being held behind closed doors, of course. We’ve been treated to our favourite race days, including Royal Ascot, Glorious Goodwood, and the Epsom
Derby.

Whilst, we still have the Prix de l’Arc de Triomphe and Champions Day at Ascot to look forward to, now is the perfect time to take a look back at the standout horses from the 2020 Flat season. Read on the find out more!

When looking back at the 2020 Flat season, there’s not another horse that stands out more than the Aiden O’Brien-trained Love. The three-year-old got her season off to a flyer, winning the 1000 Guineas Stakes at Newmarket by an impressive four and a quarter lengths over Cloak Of Spirits. The big wins continued for jockey Ryan Moore in the saddle, as he guided Love to a whopping nine length victory in the Investec Oaks at Espom, before a five-length victory in the Yorkshire Oaks last
month. Trainer O’Brien will be hoping the wins don’t end there either, as the three-year-old is an early favourite in the bet exchange to win the Prix de l’Arc de Triomphe at Longchamp in Paris, before possibly taking part in the British Champions Fillies & mares Stakes or the Champion Stakes on Champions Day at Ascot.

Whilst she may not have as many wins as some of the other horses on this list, the John Gosden-trained Enable is still worth a mention. After coming second to
Ghaiyyath, who we will get to later, in the Coral-Eclipse at Sandown, Frankie Dettori led the six-year-old to two comfortable victories. The first was in the King
George VI And Queen Elizabeth Qipco Stakes at Royal Ascot, where Enable beat Sovereign by five and a half lengths. Then, in her final warm-up before the l’Arc,
where she is the early second favourite, Enable won the September Stakes at Kempton by seven lengths.

It’s fair to say that Magical has had, well, a rather Magical Flat season this year. The O’Brien-trained five-year-old kicked off the season by winning the Alwasmiyah Pretty Polly Stakes at Curragh, before building her success at the Irish racecourse with another win, this time in the Gold Cup. After being beaten by Ghaiyyath in the
Juddmonte International Stakes at York, Magical got her own back in the Irish Champion Stakes, beating Ghaiyyath by three-quarters of a length. Magical will also
head to Paris for l’Arc but is a 16/1 outside to win the historic race, before heading to Champions Day at Ascot.

The Charlie Appleby-trained Ghaiyyath got off to the perfect start in the 2020 Flat season, winning the Coronation Cup Stakes at Newmarket by over two lengths
ahead of second-placed Anthony Van Dyck. The good form continued for Ghaiyyath, as he won the Coral-Eclipse at Sandown, beating Enable, before winning the
Juddmonte International Stakes. Magical ended his winning form at Leopardstown earlier this month, with a narrow victory in the Irish Champion Stakes, which we
touched on earlier. Ghaiyyath will also make his way to Longchamp, where he is 20/1 to win the l’Arc, before taking part in the Champion Stakes at Ascot, where he’s
one of the favourites at 4/1.

Mishriff – 2111
Trainer Gosden’s second horse on the list is Mishriff, who has had an impressive year so far. The three-year-old’s season started back in February in the Samba
Saudi Derby at Riyadh, where he was a 16/1 outside, but still managed an impressive second-place finish. Back in England, Mishriff won the Newmarket
Stakes, before heading to France, where he won the Prix du Jockey Club at Chantilly, and the Prix Guillaume d’Ornano – Haras du Logis Saint-Germain at
Deauville, respectively. Gosden will be hoping that Mishriff’s good form in France continues ahead of the l’Arc, in which he is the third favourite to win at 12/1.
—
Flat legend Stradivarius, who won his third Gold Cup at Royal Ascot and the Goodwood Cup Stakes, Serpentine, who caused a stir winning the Epsom Derby at
25/1, and Galileo Chrome, who won three times in Ireland and the St Leger Stakes this season, are all also worthy of a mention as standout horses so far in 2020
Flat season.