Rachael Blackmore is a true inspiration to any young jockey

Rachael Blackmore may just be one of the biggest names in the sport of horse racing right now. It’s no longer clear where the ceiling is for the 31-year-old as she continues to set the bar higher and higher for herself and for trainer Henry de Bromhead. Working with her on a regular basis must be a dream come true.

Day one at the Cheltenham Festival marked yet another historic moment for the female jockey as she rode Honeysuckle to an emphatic victory in the opening day’s feature race, the Champion Hurdle. It was a fairy-tale story for Blackmore and the seven-year-old.

She has been in Honeysuckle’s saddle in all 11 of her career victories over hurdles.  However, that Grade 1 victory at the Festival was their biggest triumph to date. The duo moved into the market leaders with the sports betting sites after winning the Irish Champion Hurdle at Leopardstown in February, and few would have doubted their chances when they lined up for starter’s orders.

Honeysuckle and Blackmore took the lead approaching the last hurdle and stretched six-and-a-half lengths clear of Sharjah as they romped over the line. As a result, the 31-year-old became the first female jockey to win the Champion Hurdle. That in itself is an incredible achievement for Blackmore, but it’s not something she wanted to comment on too much in her post-race interview.

“It’s just there’s no deal about it anymore,” she said. “It’s not that I don’t talk about it, I just think if you want to be a jockey, you can be a jockey, drive on. To young people out there, male, female, whatever, if you want to do something, go and do it because to me, standing here right now, literally anything can happen.”

She truly is an inspiration to any young jockey watching racing who has dreams of being a jockey. Blackmore, who doesn’t have a massive background of being around horses from a young age, landed her first winner in 2011. However, it took until 2019 for her to secure her maiden Grade 1 victory. That was aboard Minella Indo in the Albert Bartlett Novices’ Hurdle, who was as far out as 50/1 to win the Cheltenham Festival outing.

A Plus Tard gave Blackmore her second Festival winner at the same meeting in 2019 and her career has come on leaps and bounds since then. She now has 14 Grade 1 race wins and counting, including riding five winners at the Cheltenham Festival. Yet, this success was never in her wildest dreams.

“To me, this was never even a dream,” Blackmore added. “It was so far from what I ever thought could happen in my life. To be in Cheltenham riding the winner of the Champion Hurdle, it’s just so far removed from something I ever thought could be possible, so maybe there’s a lesson in that for everyone out there.

There’s no doubt that Blackmore is only going to get better and better as time goes on, and we would not be surprised to see her crowned the Cheltenham Festival Top Jockey in the years to come. 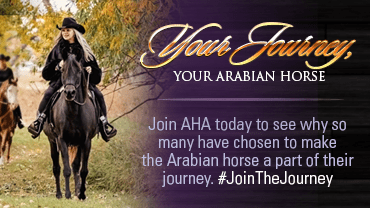