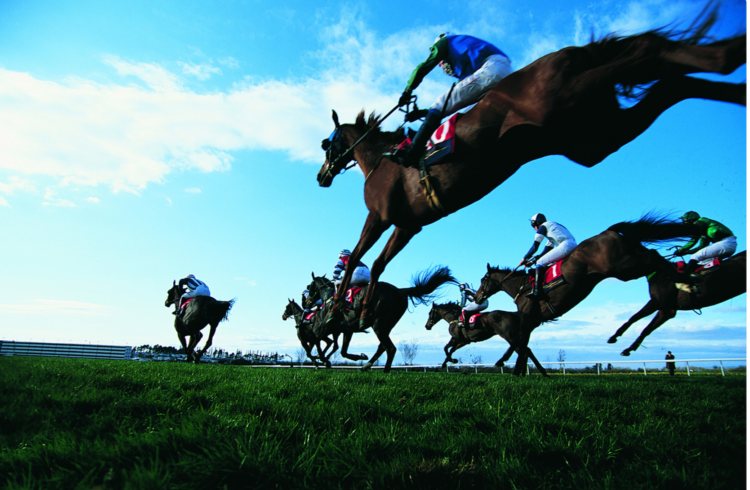 Both greyhound racing and horse racing remain incredibly popular across a number of countries including the UK, Ireland, Australia and the USA. Although they share a number of similarities, there are also some fundamental differences and we’ve taken a closer look at how these two historic sports compare and contrast.

Although the number of tracks has been significantly reduced over the last couple of decades, the sport is still going strong in a number of regions and visiting one of these venues is a hugely enjoyable activity and a pastime which remains extremely popular in both the UK and Ireland. All races are held on an oval track and the majority of these are a similar distance. The number of runners will vary, with Australian contests generally featuring anywhere between six and nine greyhounds, whilst races in the UK will have a maximum of six participants.

Greyhound racing is fast and furious with races often taking place every 15 minutes. Due to this fast turnaround, the sport is extremely popular with punters, and trackside spectators won’t have to wait long to collect their winnings. With 12+ races per card, there are plenty of opportunities to wager on the sport and although it is impossible to recreate the thrill of watching live greyhound racing, many online bookmakers will also stream the majority of these events.

There are a number of ways to wager on the sport and a variety of bets including ‘Win’, ‘Place’ and ‘Exacta’, all of which are accepted by the extensive list of Greyhound Betting sites and online bookmakers which offer odds on this incredibly popular pastime. Betting on the sport remains incredibly popular due to the quick turnaround and with only six runners competing in both UK and Irish events, it is generally viewed as much simpler to find a winner than in a competitive 13-runner sprint at Ascot.

Horse racing continues to go from strength-to-strength and is particularly popular in Europe and the USA. Visiting a track is a hugely popular pastime and prestigious events such as Royal Ascot, the Breeders Cup and the Melbourne Cup can attract over 80,000 spectators.

Horse racing tracks come in all shapes and sizes and there are a variety of surfaces in operation (Turf, Dirt, Tapeta, Fibresand, Polytrack). Race distances vary with the majority of flat races being held over distances of 5f and 1mile, whereas jumps racing will require far more stamina. The Aintree Grand National is one of the most iconic steeplechases in the world and is competed over an energy-sapping 4mile 2 ½ furlong, however, this was shortened back in 2015.

The number of runners will also fluctuate between two and 40, although on an average day of racing, the majority of contests is likely to feature between eight and 12 competitors.

It is possible to place a wide variety of bets on the sport including ‘Win’, ‘Each-Way’, ‘To be Placed’, ‘Lay’, ‘Trixie’ and ‘Canadian’.

How Does the Experience Compare?

There are some notable differences when it comes to enjoying these two sports in the live arena.  Although some venues such as Dundalk in Ireland cater for both disciplines, the majority of tracks tend to stick to just a single sport.

Horse racing is often regarded as a glamorous sport, and those who attend prestigious events such as Royal Ascot, the Dubai World Cup or the Kentucky Derby will be required to dress smartly.  Although there are a number of valuable greyhound racing events on the calendar, the prize money is significantly less, and there are fewer rules regarding the dress code.

Horse racing tracks take up far more space, and it can be often be hard to enjoy the action from certain vantage points. As a result, big screens are erected to help spectators follow the progress of their chosen runner. In contract, the majority of greyhound punters will be able to see the entire race clearly from the grandstand or bar/restaurant area.

With a longer wait between events, racetracks often provide entertainment for horse racing spectators with musical acts, party games and food stalls often present at these venues. This is uncommon at greyhound tracks where the 15-minute wait can often be passed with a trip to the bar and a quick study of the form.

There are opportunities to wager at the track at both events, however, there tend to be far more bookmakers present at horse racing venues. The majority of greyhound tracks will have just two or three bookmakers competing for business with betting generally available upon the conclusion of the previous race.

Both events are regarded as social events, although there is a far greater capacity available at horse racing tracks. Greyhound tracks tend to be located on the outskirts of towns and cities, whereas there are some truly breathtaking and idyllic horse racing venues located around the world. The likes of Happy Valley, Santa Anita, Chantilly and Flemington are just a handful of examples and these are often visited by non-horse racing fans who wish to enjoy the picturesque surroundings offered up by these venues.